As some of you know, we are going through yearbooks and adding memorials for our former classmates to the Find A Grave site. We are currently working on the class of 1943, where I came across the story of fellow Grove graduate, Joe Dudley Mann, that I felt compelled to share.

Joe was a volunteer who attained the rank of Sergeant in the US Army Air Force. He was left gunner with the crew under Capt. Stanley Black on May 28, 1945 aboard “Tinny Anne”, a B-29 Superfortress operating out of Tinian Island in the western Pacific, when the plane encountered anti-aircraft fire and was shot down over the Shimonoseki Strait by an Imperial Japanese Navy destroyer. The plane crashed in the city of Moji-ku, Kitakyushu, Fukuoka, Japan. All crew members perished in the crash. 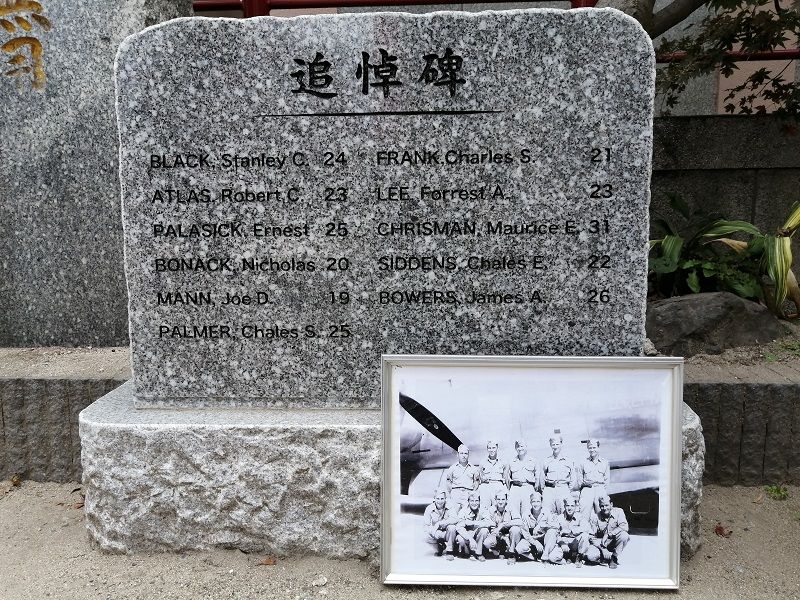 A memorial stone for the crew was placed in front of the Buddhist Temple in Moji. The Buddhist monks from this temple buried the crew on May 28, 1945. They perform a “ceremony of peace” every May 28.

Certainly Joe is not the only fellow classmate who was a war hero or performed other heroic acts, but his story is one of the first I encountered, and I felt it was worth sharing. Thanks again to Susan Stewart, who has taken up this challenge to organize our Grove classmates in this way to create a lasting memorial.