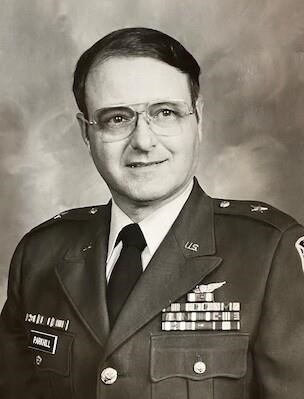 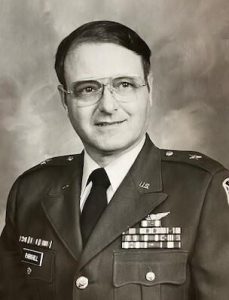 During his career, he held command assignments in Lenoir City, Camden, Paris, Martin, and Nashville. He completed three different branch qualification courses, the Command and General Staff College, Fixed Wing Aviator Course, and short courses at the Army War College, National Defense University, and the Pentagon. He spent some time at over 50 military installations in the United States, Federal Republic of Germany, and the United Kingdom.

He was a partner in AMP Construction Company for 18 years and was the Executive Director of Paris Housing Authority for 15 years, retiring in 1997. He served on the Board of Paris Housing Corporation for an additional 16 plus years. He was selected Professional Secretaries International Paris Chapter, Executive of the Year in 1987.

He was one of the founders and the first chairman of the board of directors of the Paris-Henry County Heritage Center. He was a Helping Hand volunteer for 15 years.

He was a member of First Baptist Church Paris, Friendship Sunday school class, and served on various committees in the church.

Along with his wife, he is also survived by two sons, David Parkhill of Paris, and Bryan (Lee Ann) Parkhill of Puryear, TN; one sister, Rosemary King of Paris; and one grandson, Evan Parkhill.

In addition to his parents, he was also preceded in death by one brother, Jimmy Parkhill.

Information taken from an article published in the Tennessean from Oct. 10 to Oct. 11, 2020.