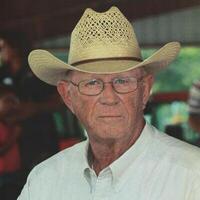 Besides his parents, Larry is also preceded in death by his sister and her husband, Rebecca Ann (Rev. Cecil) Brewer and by a special friend, Pee Wee Cannon.

Mr. Gregson was a farmer and cattleman for more than 60 years in the Pleasant Hill Community where he was a proud Century Farm owner and was an FFA “Star Chapter Farmer”. He was a former member of the Henry County Saddle Club Drill Team and the Henry County Livestock Association. He rode pick up at Rodeo’s throughout the state including Henry County, Loretta Lynn’s and the Nashville area. He was a director of the Henry County Fair Association for 20 years and currently was serving as an Associate Director. He was a longtime member of Spring Creek Baptist Church where he had served as a Deacon and song leader. He enjoyed spending time with his family and friends at Buchanan Resort and deer hunting.