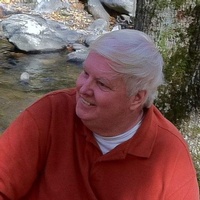 Mr. John W. Province, Jr. age 74 of Memphis, Tennessee passed away on Sunday, December 9, 2018 at Methodist Hospice Residence in Memphis. His funeral service will be 11:30 A.M. on Wednesday, December 12, 2018 at First Christian Church in Paris with Pastor Cory Glover to officiate. Burial will follow the service in Maplewood Cemetery. Visitation will be held at First Christian Church after 10:00 A.M. on Wednesday until time of service.

He was born on March 20, 1944 in St. Joseph, Missouri to the late John W. Province, Sr. and the late Corrie Conkling Province. He is survived by two sons: John Ross Province of Playa Hermosa, Costa Rica and Charles Mitchum Province of Olive Branch, Mississippi; sister: Meredith Province Saer of New Orleans, Louisiana; grandchildren: Sonia Isabella Province and Marguerite Ivy Province. Besides his parents, John is also preceded in death by a sister: Melanie Province Stauffer, who passed away on September 2, 2005.

Johnny was a graduate of E.W. Grove High School, Class of 1962, and he attended the University of Tennessee in Knoxville prior to graduating from the University of Mississippi. He worked for many years for WHBQ television in Memphis and was a friend to many in the area.

The family requests that memorials be made to: Methodist Hospice Residence, 6416 Quince Road, Memphis, TN 38119