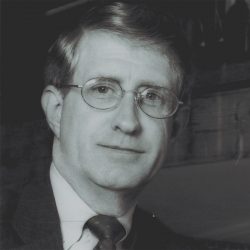 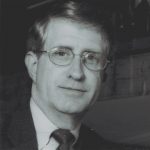 When Knoxville lawyer Daniel F. McGehee, dapper in his bow tie and Atticus Finch seersucker suit, talks about bringing music and the arts to Paris, listeners might wonder at first—until they realize he’s talking about his hometown of Paris, Tennessee, population 10,200, home to the world’s biggest fish fry and a 70-foot replica of the Eiffel Tower.

Like Ilsa Lund and Rick Blaine in Casablanca, McGehee will always have Paris. When he reflects on his boyhood, he is grateful to the many people who guided him. That starts with his parents, Jack and Frances, who saved $1 a week out of Jack’s salary at the Union Insurance Company for Dan to take 12 years of piano lessons. “That taught me to value music,” says McGehee.

John Reeves, Jack’s boss and a church organist, inspired Dan to take organ lessons. “I played a lot of Bach,” says McGehee, who benefited from Reeves’s efforts to bring cultural events to town: “He brought the Don Cossacks dancers from Russia and Basil Rathbone for readings. Through all this I developed a real appreciation for music and the arts.”

Band director Bill Crosswy inspired McGehee to want to follow in his footsteps. Crosswy also helped McGehee gain the chops (and union card) to play third alto sax in the Tom Lonardo Orchestra at such glamorous events as the Miss Tennessee Pageant in Jackson.

Speech and drama teacher Ruby Krider inspired McGehee as an extemporaneous speaker, taking him to speech contests all over the South, including big cities like New Orleans and Atlanta. “She and her husband, Clem, introduced me to worldly people and a worldly way of looking at things,” says McGehee. “It’s fitting that the 420-seat Krider Performing Arts Center, located in Paris, is named for them.”

On one memorable day, Grove High School Principal Dwight Norman called McGehee and classmate Patsy McDonald into his office and offered them scholarships to Southeast Missouri State College (SMSC) in Cape Girardeau, 112 miles northwest of Paris on a two-lane road that passes through four states.

At SMSC, McGehee played sax with the marching band for three years and served as a student assembly representative, president of the student body, and president of his fraternity. His life path turned when, before his senior year, the Pi Kappa Alpha national organization offered him a job as a student resident counselor at the University of Tennessee chapter, which was looking to increase its membership to fill a new house in Fraternity Park. “Moving to Knoxville was transformational,” says McGehee. He met campus leaders like Chris Whittle, Phillip Moffitt, and David White. “To have been associated with those people was a remarkable experience,” he says.

After graduating in 1966, McGehee got his draft notice and joined the National Guard, serving six months of active duty and six years thereafter, rising to the rank of sergeant first class. From 1969 to 1971, he worked for a political consulting firm in Washington, DC, where he ran Howard Baker’s first statewide polling, got to know fellow Baker staffer Lamar Alexander, and shared a house with White, who worked for Henry Kissinger. In time, McGehee returned to UT. “I saw that all the people in DC were lawyers, so I decided to go to law school.”

Moving back to Knoxville, he briefly worked with Whittle, Moffitt, and Wilma Jordan (’70) at Collegiate Marketing and Management. Collegiate became the 13-30 Corporation; it bought and rejuvenated Esquire magazine then spawned Whittle Communications.

McGehee earned his law degree in 1974 and now has offices in the Stuart, a 1902 Renaissance-style brick building on downtown Knoxville’s Market Street. He serves on the School of Music Board of Advisors and chairs the school’s Development Council. Recently he endowed the Jack Fisher McGehee and Frances Dunn McGehee Endowment for the Arts to bring live music by UT students and other music education initiatives once a year to middle and high schoolers in Paris and surrounding Henry County, provide student scholarship support, and support faculty initiatives at the discretion of the director of the School of Music.

“My parents did so much for me that I wanted to do something to honor them,” says McGehee. “I really want this endowment to benefit and inspire students to develop an appreciation for music and the arts.”