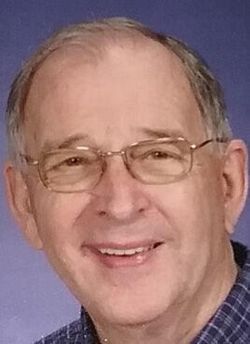 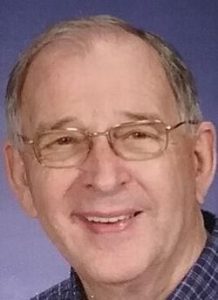 Mr. Jerald Dean Sykes, age 85, passed away Friday, November 13, 2020 at Henry County Medical Center. He was born May 12, 1935 to Prentice and Cornell Swor Sykes. He graduated from Grove High School in 1953 and attended college at Harding College in Searcy, Arkansas, ma­joring in Math and Bible, while serving as field commander for the band and singing bass with the A Cappella chorus.
An avid trombone player, he married his band friend and sweetheart, Dorothy Owen, on December 11, 1954.

He served 3 years with the Army, stationed at Fort Campbell, Kentucky and Fort Churchill, Manitoba, Canada. He was employed by First Trust Bank, Sherwin-Williams, All Jersey Milk Com­pany, Wonder Snack Foods, Life and Casualty Insurance Company, and McEvoy Funeral Home during his years of employment.

A member of the Church of Christ, he served as min­ister, Bible class teacher, and/or song leader at many churches in this area, including Bethlehem, New Bethel, Mount Zion, East Wood, Van Dyke, and Sulphur Well churches in Henry County as well as Glendale Road church in Murray, Kentucky.

During the summer months, he was in frequent de­mand as a guest song leader for multiple revival services in West Tennessee, often leading singing every night of the week.

The body has been cremated, and the family is plan­ning a remembrance service to be announced at a later date.

A lover of people, Jerald enjoyed laughing, teasing, and clowning with his beloved special friends and family members. He regularly participated in reunions of the National Association of Swor Family Members. His inter­ests and hobbies included playing tennis, bowling, water skiing, singing with Barbershop and Gospel quartets, watching movies, chuckling at slapstick comedy, listen­ing to the Boston Pops orchestra, and hearing beautiful choral music. He is fondly remembered for his ability to set people up with storytelling jokes and pranks and for his willingness to help anyone who needed support or encouragement.

His jovial sense of humor, welcoming love, dedication to serving His Lord, and service to others will be greatly missed.