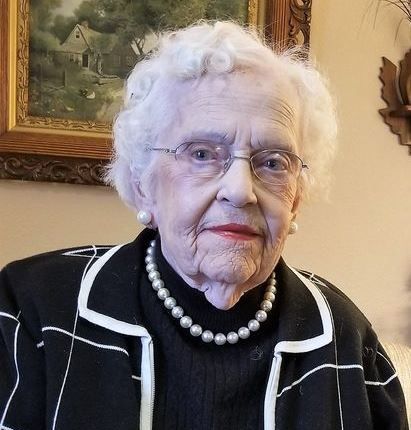 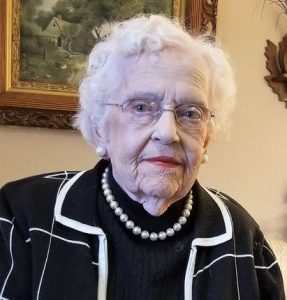 She retired after many years working alongside her husband at State Farm in Paris.  She was the oldest member of First Baptist Church in Paris, where she served for many years.  Bethel was a longtime member of the Paris Quota Club and was the treasurer for the Martha Chapter of the Order of the Eastern Star.  She was loved and respected by many people.

Bethel was born February 3, 1918, in Big Sandy, TN, to the late Ed Cantrell and the late Aline Akers Cantrell. She was a graduate of the Grove Class of 1935. Here is a link to an article about her in the Paris PI that was posted on our site in 2008.

She was married February 17, 1940, to Charlie C. Williams, who preceded her in death.

In addition to her parents and husband, she was also preceded in death by one sister, Ann Kendall.

Arrangements are being handled by Ridgeway Funeral Home, 201 Dunlap Street, P.O. Box 788, Paris, TN 38242.  A public graveside service will be held Saturday, November 7, 2020, at 1:00 pm at Memorial Cemetery in Paris, with Dr. Trent Bullock officiating.  Per the family’s request, face masks are required at the service and social distancing will be observed.

Burial will follow the graveside service in Memorial Cemetery.